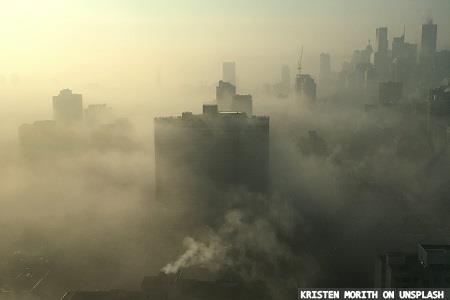 Today’s increasing urbanisation goes hand in hand with the growing threat of potentially harmful effects that pollution can have on the skin. Being the first line of defence against particulate pollutants, the skin needs special protection.

In response, BASF has developed a comprehensive approach to test typical cosmetic formulation components for their anti-pollution efficacy. “We want to assist manufacturers in developing skin care products that demonstrably help shield the skin against particulate pollutants. However, there is no ‘one-size-fits-all’ test for anti-pollution claims, as there are different types of pollutants and consequently several defense methods that may be needed to protect the skin effectively,” says Dr Annette Mehling, senior manager Skin Sciences. “This is why we have developed a series of new testing methods that allow for the scientifically sound evaluation of the performance of different cosmetic ingredients and formulations.”

Anti-adhesion and removability: keeping particulate matter off the skin Keeping particulate matter (PM) off the skin is a primary line of defense against pollution-induced damage. To translate this starting point into effective skin care products, BASF has designed a new standardised in vivo testing method that evaluates the ability of typical ingredients or formulations to decrease particle adhesion and/or improve their removability from pre-treated skin (i.e. rinse-off). The choice of polymers, emollients and emulsifiers in the formulation significantly influences these two parameters. For instance, eleven of the fifteen polymers tested were shown to reduce adhesion of PMs compared to untreated polluted skin. Numerous emollients and emulsifiers, by contrast, can increase adhesion. The best results were obtained using a volatile hydrocarbon-based emollient at low concentrations. For emulsifiers, the sugar-based variants performed best.

Anti-penetration: building a protective layer on the skin Although the particulate matter itself is not absorbed through intact skin, the particles can be coated with harmful substances that leach into it. To keep skin healthy, reducing the penetration of harmful substances into deeper layers of the skin can be helpful. In a second approach, an in-vitro permeability model simulating the penetration of pollutants through the skin was developed to test and identify ingredients that help to form a protective layer. As an example, selecting the right polymers plays a key role in terms of an anti-penetration effect, as penetration levels varied significantly between the polymers tested.

Cleansing: actively removing pollutant particles Being exposed to a wide variety of environmental pollutants throughout the day, thorough removal of remaining particles from the skin is important. Using a collagen matrix as a model skin, an in vitro test set-up was developed that allowed for the evaluation of the cleansing performance of ingredients and formulations on polluted skin. With a focus on cleansing oils, the analysis of eleven emollients revealed that the cleansing performance correlates directly to the physico-chemical parameters: the best results were achieved with emollients possessing a high spreading value and low viscosity.

BASF researchers incorporated the best-performing ingredients for each defence mechanism against environmental pollution into new skin care formulations. When developing these formulations, the team also optimised other attributes, such as sensory properties or consumer-perceived benefits like moisturisation or skin mildness. Overall, these formulations significantly outperformed products marketed with anti-pollution claims.

Celebrating 50 years and a new title

Distribution agreement for UK and Ireland

Having devoted to the Beauty & Cosmetic industry since its foundation in 1985, KCI has become one of the leading manufacturers of specialty chemicals for a wide range of personal care products.
We’re engaged in entire value chain from Research & Development, Production, Sales & Marketing as well as Supply Chain system across the world, and...