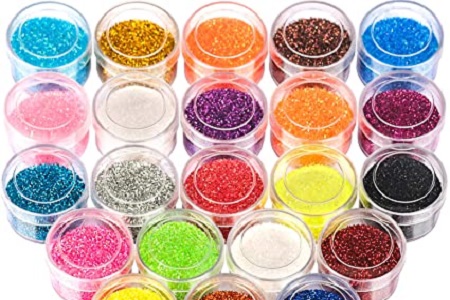 Researchers at Cambridge University have found new means to produce metre-long structurally coloured films that can be processed into effect pigments and glitters which are dispersible, even in water-based formulations.

The article, ‘Large-scale fabrication of structurally coloured cellulose nanocrystal films and effect pigments’, was published in Nature Materials in November 2021.

It details how the cellulose nanocrystal self-assembly process, in which renewable plant-based colloidal particles can form photonic films, had hitherto been studied only on a small scale. The research team used roll-to-roll deposition to produce large-area photonic films, which required the formulation of the cellulose nanocrystal suspension and the deposition and drying conditions to be optimised

These suspensions are “are an industrially relevant cellulose-based alternative to current products”, it is claimed. Current products are generally either micro-polluting, or based on carcinogenic, unsustainable or unethically sourced compounds, like titania or mica.

The work was originally inspired by the brilliant, metallic blue colour in the fruit of the marble berry plant (Pollia condensate). The glitters themselves were produced from wood-pulp and cotton but could potentially come from any plant material with extractable cellulose, including food waste.

CP Kelco on track to expand biogums capacity at US, China facilities

KLK OLEO is a global oleochemical producer, offering an array of high quality, innovative and sustainable products and solutions. We are the manufacturing division of our parent company, Kuala Lumpur Kepong Berhad, a leading international plantations group listed on the Main Market of Bursa Malaysia Securities Berhad, with a market...

At Mibelle Biochemistry, our mission is to design the most innovative actives for our customers.
Innovation is the most important factor as it enables them to deliver new claims, new efficacy tests, new applications, new biochemical findings, as well as new marketing and communication tools to effectively differentiate products.
Our...