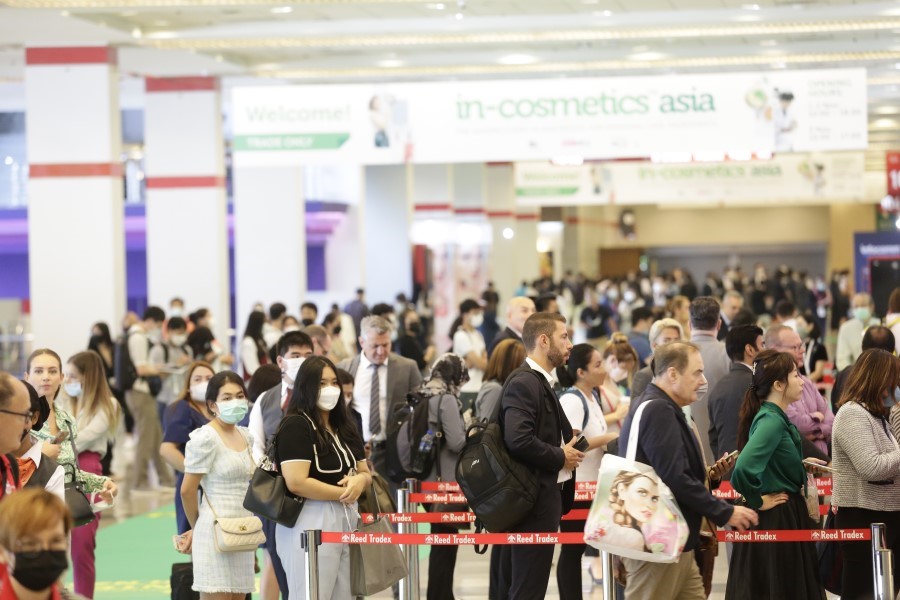 The organiser of the in-cosmetics Asia trade show in Thailand has revealed the attendance figure for the 2022 renewal, the first event for three years.

In total, 10,032 cosmetic and personal care professionals joined 416 exhibitors at the Bangkok gathering.

Reed said that with 75 new ingredients on display, the Innovation Zone was the starting point for three-in-four (75%) visitors to the trade show.

Exhibitors participating in the Innovation Zone were recognised in this year’s awards, with Mibelle BioChemistry taking gold in the Active Ingredient Award for its NovoRetin aromatic resin, a plant-based retinol alternative.

The Silver Award was presented to Vytrus Biotech while two Bronze Awards were awarded to BASF and Cellicon Lab.

"The key takeaway for me is seeing how many international visitors travelled and enjoyed themselves, perfecting their formulation skills at our hands-on Formulation Lab, checking out all the new products on show, attending the numerous exhibitor parties, interacting with suppliers, and sharing their experiences on social media," she added.

"Indeed, visitor and exhibitor satisfaction (net promoter scores) this year are the highest in the show’s history – we are back, and the industry is alive and kicking!”.