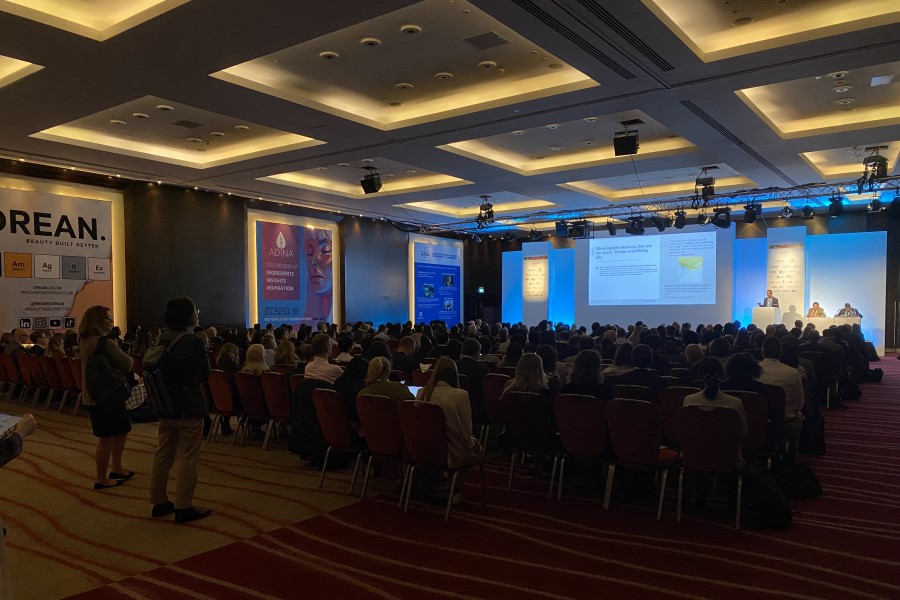 BASF has presented its latest personal care research findings at this year’s International Federation of Societies of Cosmetic Chemists (IFSCC) Congress in London.

The findings include the discovery of the age-dependent decrease of skin-native bacteria and the development of a cosmetic ingredient to fill this gap with live microorganisms.

To better understand the relationship between aging and changes in the skin microbiome, BASF researchers conducted a study with younger and older cohorts. It revealed significant differences in the populations of Lactobacillus strains.

L. crispatus in particular could be identified as a “youth bacterium”: it was abundant in younger skin, but not detectable in the hollow wrinkle of the older cohort.

These results paved the way for the development of a probiotic for applications for healthful aging. The research team succeeded in developing a product that ensured the survival of the bacteria when included in suitable cosmetic formulations.

Compared to existing innervated epidermis or skin models made by classical coculture, the novel neuroskin-on-chip technology better mimics the real innervation physiology of skin. It thus facilitates and improves the testing of high-performance neurocosmetic active ingredients.

To investigate the influence of cosmetic ingredients’ drying stresses, a team of researchers from BASF and the lab of Prof. Reinhold Dauskardt at Stanford University examined skin care formulations that included different emollients with widely varying properties and molecular structures.

The results indicate that by careful selection of emollients and other ingredients, skin drying stresses can be reduced, and skin wellbeing promoted.

BASF also revealed a new study into the relationship between the skin microbiome and skin sensitivity.

BASF scientists examined the composition of the skin microbiota of individuals with sensitive compared to non-sensitive skin.

The analysis revealed changes in presence and abundance of common and specific bacteria strains.

For the first time, a droplet-based microfluidic technology developed by Biomillenia was used to isolate these bacterial strains in culture.

The microbial library thus obtained can be used to identify and test active ingredients with the best potential to restore the balance of the microbiota of sensitive skin.