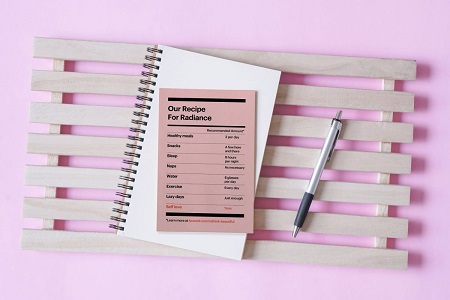 Skin care consumers are more likely to value a natural appearance than smooth texture or youthful appearance, research by Lycored has found. The global wellness company surveyed over 500 regular users of skin care products in six different countries. They were presented with a list of eight possible skin care goals and asked to choose the five that were most important to them.

The goal that scored highest was “natural appearance”, which was important to 77% of consumers, ahead of smooth texture (76%), youthful appearance (64%), even complexion (61%) and reduced redness (37%).

Zev Ziegler, head of Global Brand and Marketing (Health) at Lycored said: “This research provides valuable insight into what consumers ultimately want when they buy a product for their skin. It also has implications for manufacturers sourcing ingredients, because a consumer who is focused on achieving a natural appearance is also likely to expect products to contain natural ingredients.”

The findings form part of Lycored’s new report, ‘The Inner Light’, which investigates what the concept of “glow” means to consumers.  The survey found that a healthy glow was important to 72% of consumers, and that they understood the concept in holistic terms – as a quality with emotional and mental elements as well as physical ones.

When asked which words they most associated with the idea of a healthy glow, almost half (47%) the respondents picked “overall / holistic wellness”. Almost all (97%) agreed with the statement:  “Good mental and emotional wellness is a necessary component to achieve a healthy glow.”

Zev Ziegler added: “Glow is increasingly sought after by skincare consumers but it’s a difficult quality to define. This research shows that consumers understand it in very holistic terms, and as something that can only be achieved through the right balance of ‘external’ and ‘from-within’ factors.”

Lycored is the manufacturer of Lycoderm, a proprietary blend of natural carotenoids. It will be showcasing the research at SupplySide West (17 and 18 October 2019 in Las Vegas).  Visitors will also be able to experience the company’s ‘Cycle of Glow’ asset – a walk-in exhibit which highlights scientific research on the benefits of carotenoids for skin health.

View the full report at: https://www.lycored.com/wp-content/uploads/2019/10/Glow-Catergory-Report-Final.pdf

Ingredients for wellness and beauty

Protection from the sun while respecting the planet

Founded in 1986, by Mr. Wilfried Courage and Prof. h.c. Gabriel Khazaka, Courage + Khazaka electronic GmbH introduced the first scientific measurement tools to objectively quantify parameters on the skin. Until today we have always been the world market leader in this field. Nobody else offers such a complete range of measurement...