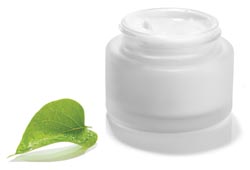 Until antibiotics conquered the world, the only possible method for curing gangrene was maggot therapy, except for amputation of the extremities. Maggots were applied to the wound and would eat the necrotic tissue, including the organisms that were responsible for that.

Wound infection resulting in gangrene caused by soil organisms such as Clostridium perfringens (gas gangrene, one of the worst forms of gangrene because of its rapid proliferation) was at one time one of the most feared death causes, probably claiming more casualties than the Black Death or the Spanish ‘flu. Things markedly changed in 1859, when Robert Chesebrough discovered petrolatum. He patented the product, and the patent was granted to him on 4 June, 1872 under patent number 127,568: “Be it known that I, Robert A. Chesebrough, of the city, county and state of New York, have invented a new and useful product from petroleum.” It was shown that petrolatum was advantageously used to cover open and poorly healing wounds. The layer on the wound prevented the wound from drying out but also kept pathogenic microorganisms outdoors. It is said that the Northern Union was able to limit the number of casualties due to gangrene in the Civil War (1861-65) because of this use of petrolatum, and that was decisive for the victory over the Confederacy of the southern states. Until today petrolatum is beneficially used as an ointment for scrapes, burns and cuts, having said that, petrolatum itself has no medical activity. Petrolatum, also named petroleum jelly or soft paraffin, is obtained from crude petroleum. Chemically it is a mixture of normal, branched and cyclic hydrocarbons with a chain length of more than 25 carbon atoms.

The occlusivity of petrolatum is proverbial and one of its most significant properties. The Pond’s Company, established in 1849, was one of the major customers of Chesebrough Manufacturing Company. Petrolatum was used to make Pond’s Vanishing Cream and Pond’s Cold Cream, W/O-emulsions based on beeswax/borax as the primary emulsifier, introduced in 1910. These highly occlusive creams depend on petrolatum (and beeswax) for their occlusive properties. In 1993 during the IFSCC in Platja d’Aro, Spain, Cubero-Robles presented a paper on his research on occlusivity, and his data are a good demonstration of the occlusivity of beeswax and petrolatum (Table 1). Cubero-Robles used cerotyl linoleate, one of the major esters present in beeswax, as the 100% reference product. The measurements were performed with a Franz diffusion cell using reconstituted human skin. Occlusivity is a powerful and invaluable tool but the skilled formulator will immediately recognise that occlusivity is difficult to achieve in modern, light O/Wand W/O-emulsion systems. Beeswax, castor oil and lanolin in significant concentration are predominantly suitable for the more heavy W/O-emulsions, and it would be an understatement to say the skin feel of these emulsions is not particularly elegant. Consequently, manufacturers of cosmetic ingredients have been searching for highly occlusive materials with improved sensorial parameters, collectively named petrolatum alternatives. During the last 25 years, many attempts have been made to produce alternatives, predominantly using oleochemical or silicon-based starting materials, but with very little success. In the last decade things even got worse as additional boundary conditions were added. Petrolatum alternatives should originate from renewable vegetable resources, non-GMO, and in the last 2-3 years the “organic” claim was put on top of that. This left little room to move, as in fact fatty oils, butters and fats are the only feedstock that can be considered. In those cases where decent occlusivity could be achieved, oxidative instability, poor colour and odour were in fact blocking the application. It is certainly not a good idea to expose the skin to hydroperoxides (or unsaturated aldehydes formed upon degradation thereof), and most commonly these unwanted species are also indicative for poor colour and odour.

The answer to the market needs was the development of Cremerlin Pura, which combines a high degree of occlusivity (numerically comparable to petrolatum), full saturation (IV< 2 gI2/100 g) resulting in excellent oxidative stability. During the Ranzimat test during 120 hours at 120°C, no hydroperoxide build-up was observed and the superb colour was maintained. Cremerlin Pura (now referred to as ‘the new occlusive’) is patent pending; chemically it is identified as a mixed triglyceride of vegetable/organic fatty acids, and has the INCI name “Olus (vegetable) Oil”, eventually also accompanied with a halal or kosher declaration.

To compare the properties of petrolatum and the new occlusive, a test formulation was made and given to a team of trained assessors (Table 2). The panellists unanimously concluded that the two creams were indistinguishable when applied to the skin, also after several days. These qualitative results, although interesting, do not leave much room for interpretation. Cubero-Robles already paved the way to obtain quantitative information, and using his technique we determined the degree of occlusivity, making use of the Franz diffusion cell. The occlusivity was measured for both petrolatum and the new occlusive:

Given the experimental error of the experiment (±2%) the conclusion is that both products behave identical is obvious. In a similar fashion the TEWL values (TransEpidermal Water Loss) were determined using the Tewameter TM 210 (Courage & Khazaka), simultaneously performing corneometer experiments as back-up using the Corneometer CM 825 (Courage & Khazaka) (Table 3). Although petrolatum performs slightly better than the new occlusive, no other emollients have been found that even come close to the new occlusive and thus petrolatum, and the conclusion must be that the new occlusive is a true and dedicated alternative to petrolatum. Although traditionally petrolatum has been used in more heavy emulsions that are highly resident and perceptible on the skin, the new occlusive also enables to produce light emulsions that satisfy the Mediterranean skin feel requirements while maintaining the protection so much desired. The chemical identity of the new occlusive is such that comedogenic properties are expected to be negligible (according to Kligman), although petrolatum itself is notorious because of this undesired property. Combined with the vegetable, renewable, eventually organic, origin of Cremerlin Pura, its oxidative stability, superb colour and odour and much better biological degradability, it is a true statement that exactly 150 years after Robert Chesebrough invented petrolatum a functional alternative for petroleum-based petrolatum has been made available, with quite a bit of cosmetic value-added to it, which is also easily translated into pharmaceutical applications.

Renowned for its expertise, unique know-how and genuine passion for plants since 1978, Alban Muller is a natural product designer dedicated to high-tech and eco-designed extracts, formulation ingredients and skin care formulas.
Since its creation in 1978, Alban Muller International has built a customer-oriented approach to quality and has...