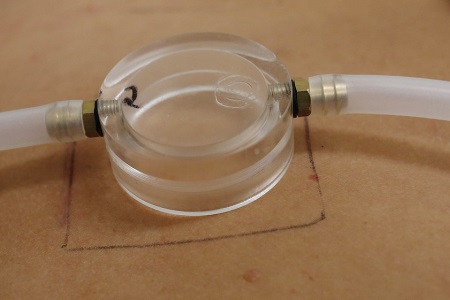 Latest scientific evidence confirms, that air pollution contributes to premature skin ageing and may even be the primary cause of ageing in some cases. Especially for particulate matter and polycyclic aromatic hydrocarbons (PAHs) negative influence on skin integrity has been shown.

The natural stress-protection molecule Ectoin® is well known to strengthen the skin barrier function, to work against variable stressors such as UVA/UVB radiation, IR-A visible light or allergens, and for its anti-inflammatory activity. This study demonstrates the global protection and prevention efficacy of Ectoin from air pollution induced skin damage. Ectoin® is well suited for topical antipollution products targeting skin pigmentation and accelerated ageing as well as particle stressed and irritated skin.

Beside UV exposure, ambient pollution can be seen as one of the main contributors to premature skin ageing today. In the past years, several epidemiological and mechanistic studies concluded a connection between pollutants and accelerating wrinkles, pigmentation and generally worsening skin conditions. Depending on the level of pollution and pollutant concentration, their nature and the general condition of the skin, the negative effects of air pollution exposure differ. Current research suggests that each individual air pollutant most probably has a specific toxic action on the skin.1 Air pollutants may not only induce skin ageing but are also linked to causing or worsening skin conditions such as acne, atopic dermatitis, eczema and allergic reactions, telangiectasia or even skin cancer.2,3

The first study, showing that particulate matter (PM) may have negative impact on human skin was conducted by Vierkötter et al in 2010. In this epidemiological, crosssectional study with 400 women participating in the evaluation of skin ageing, the association between airborne particle exposure and extrinsic skin ageing, particularly pigment spot formation was shown for the first time.3 The results revealed the strongest association between exposure to soot and the formation of pigment spots. Soot is a mixture of carbon particles covered with polyaromatic hydrocarbons, so called PAHs. PAHs are among the most widespread organic pollutants and are frequently bound to the surface of combustion-derived PM including cigarette smoke.

ROELMI HPC is the partner company to drive innovation in the Health & Personal Care markets.
ROELMI HPC is research, planning, development and production of functional, active and performance ingredients. These activities are possible thanks to cutting-edge technologies driven by innovation in the green chemistry and by the will of building...

Renowned for its expertise, unique know-how and genuine passion for plants since 1978, Alban Muller is a natural product designer dedicated to high-tech and eco-designed extracts, formulation ingredients and skin care formulas.
Since its creation in 1978, Alban Muller International has built a customer-oriented approach to quality and has...